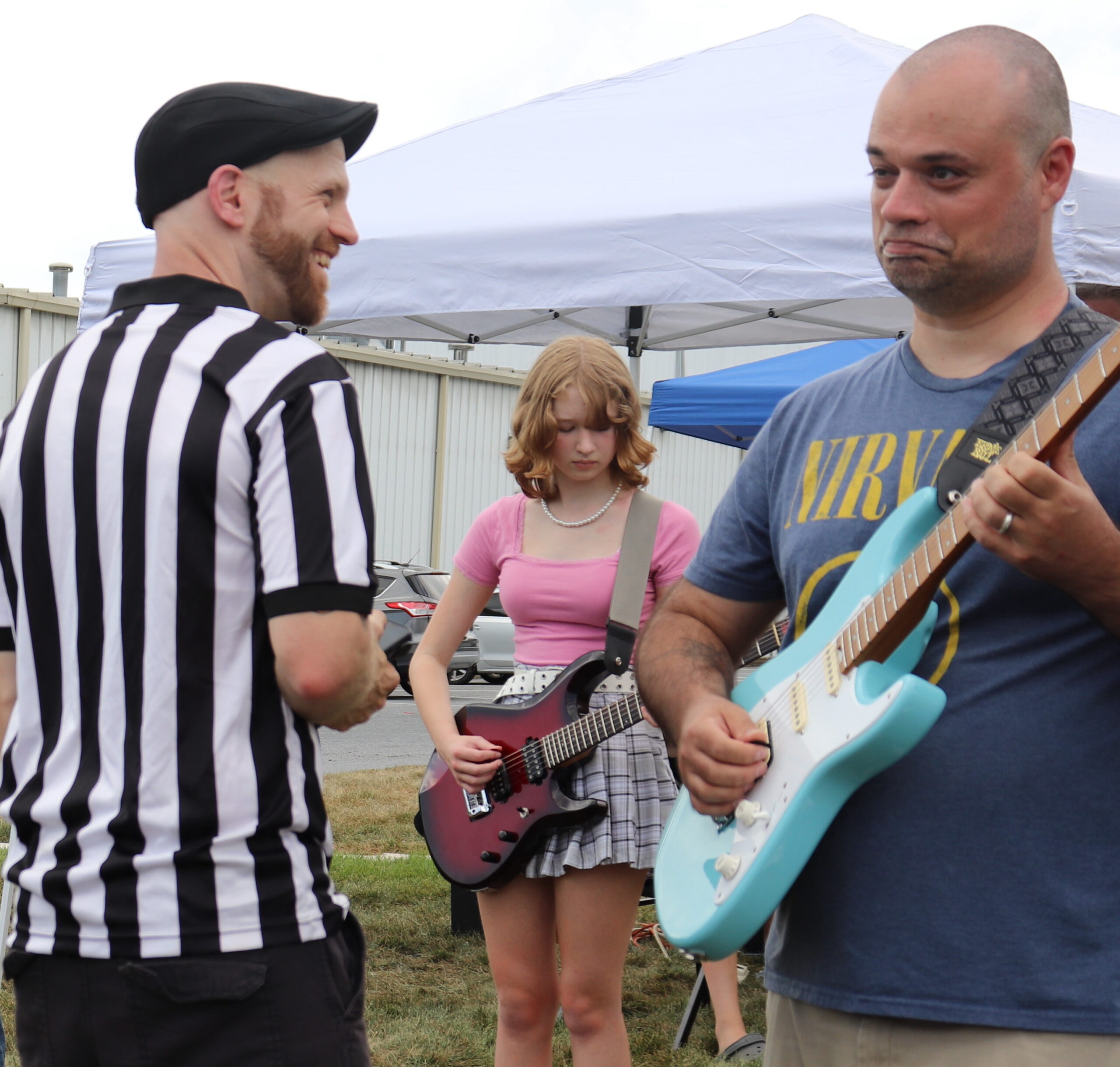 By adminDecember 8, 2022No Comments

Have you ever heard a song that just grabbed you from the first 5 seconds? Were you ever so inspired by a song that you just HAD to learn how to play it? Maybe it was this very song that inspired you to run out and buy (or order) your very first guitar…

Now how many times have you seen that through to the end and learned the entire song? If you’re like the majority of guitar students I’ve taught over the last 25 years, at one point or another you bit off more than you could chew.

Most of us can relate! I know I picked up the guitar when I simultaneously discovered 90s grunge and early Metallica. Learning the typical Nirvana song from start to finish wasn’t hard because there just isn’t that much to memorize- grab some power chords, move them over the neck in a zig-zag, add some palm muting and you’re good. But as I branched out into more complex music, I tended to hit a wall.

I’d start off really motivated, memorize a bunch of notes, then discover I was still only 10 seconds into the song and haven’t even made it to the first verse. For some reason (probably because this was before streaming TV, YouTube, and social media),I grinded away. But boy oh boy did it take me a LONG time to learn that first metal song. And even then I kinda phoned it in for the 2nd half and didn’t really nail the chorus riffs… come the 2nd guitar solo, I was mostly improvising with the pentatonic scale.

I know my teenage self was alone, because I have worked with literally thousands of guitar students all over the world and I see this all the time. So what gives?

Let me start with what this isn’t…

When I meet with my in-person students, one of the first things I ask them is “If I were to observe you practicing this song, what would I see? Can you just do what you’d generally do at home for a practice session while I observe?”

No one is ever prepared for my request for such a demonstration, and half the time students confess on the spot…
“I have no routine, I don’t know how to practice, and I just noodle around until I get bored.”
The other half start performing a song for me.
When they do this, I confirm “Is this you practicing this song or performing it for me?”
After a moment of silence accompanied by a puzzled look, the most common response is “both?”

So here it is in easy-to-swallow pill form: As you are learning a song, it will develop through Stages.

Just like an author writing a story. They often begin with a brainstorm on a topic they like. Then from there, they create an outline, then character/story arcs, etc… The strategies the author uses in the brainstorming stages are not the same as the strategies they’d use in the editing stages… yet all of those strategies are a necessary part of completing the book.

This is where so many music students go wrong. They pick up a legitimate tip from a good player/teacher, like practicing with a metronome, and apply it at the wrong step. Like my author example above, you don’t want use editing tactics while you’re in the brainstorming stage- you’ll either throw out what could be a great idea OR get stuck in a narrow mode of thinking by over-refining an ok idea. With music, you certainly don’t want to deploy a speed tactic while still memorizing a section. So make sure you deploy the correct practice strategy for the appropriate Stage you are in, otherwise you will find yourself stuck.

The 5 Stages as I see them are:
1. Analyze (Look, Listen, Think, Find Patterns)
2. Memorize (Play slowly, do not allow mistakes, get your eyes off the page)
3. Polish (Take a small section, get it up to speed, make it sound clean)
4. Perform (Play in front of someone and/or record a video)
5. Review (schedule time once you’ve learned it to come back and review it)

Don’t touch your guitar in Stage 1.
Get rid of your metronome in Stage 2.
Get rid of your cheat-sheets, focus on small chunks in Stage 3.
Take off the training wheels and play for someone, anyone, in Stage 4.
Keep notes and spot check tricky spots in Stage 5.

Silver and Bronze Medal Reasons You’re Note Finishing Songs
Read on next week if you’d like to get more action steps and tips!