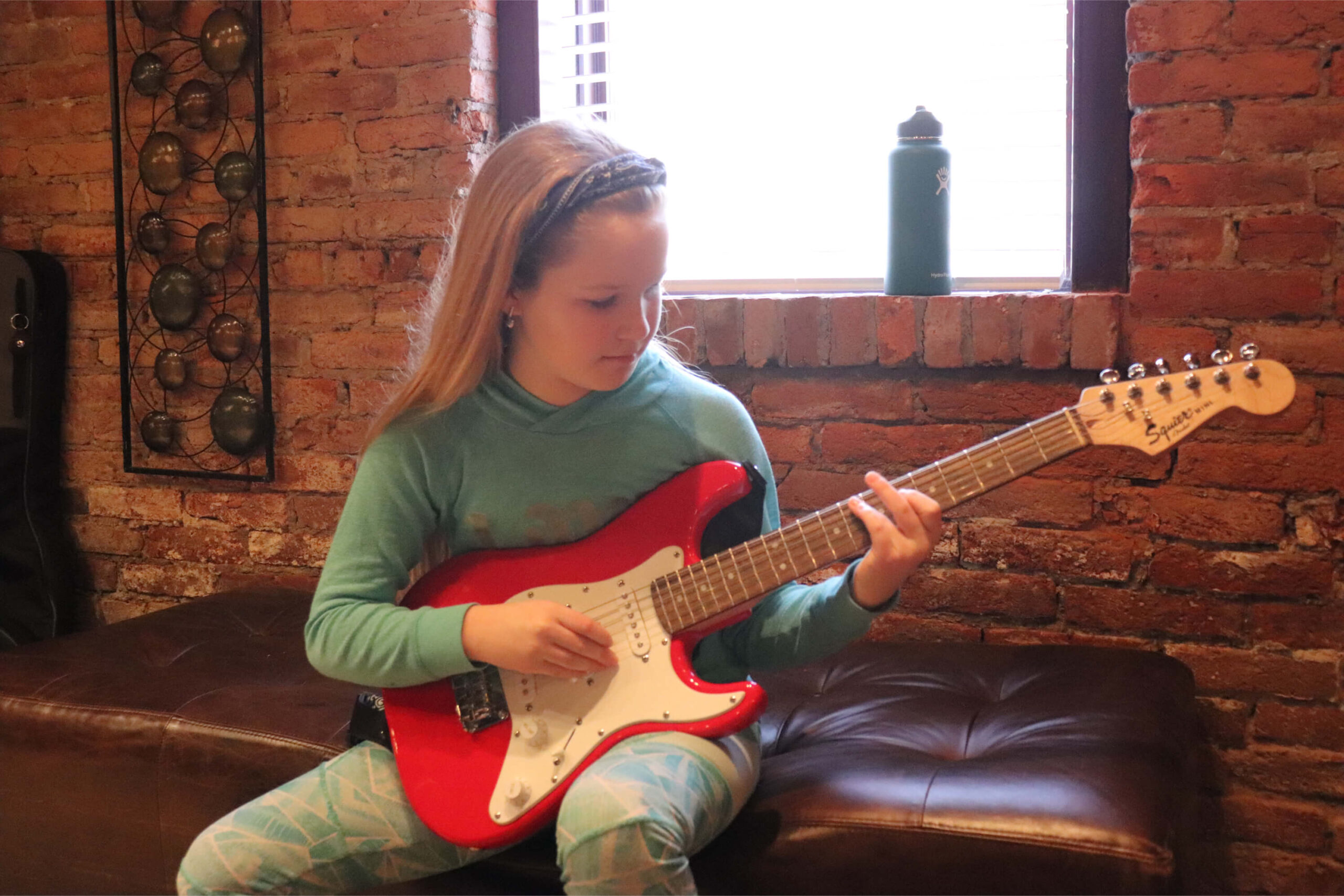 If you’ve been taking lessons at Quarter Bend for a while you’ll notice that we tend to circle back to discussing the construction of basic chords, also known as triads. You often find yourself being quizzed on how to play a G major on these strings or an E minor on those strings. I think it’s important that you see why we might need this information in a realistic situation AND I also think it’s important for you to continue to work on this skill even when we aren’t necessarily focused on this skill in your current lesson plan.

Here’s the situation:
Let’s say you want to learn this song:

…and you manage to get your hands on a real copy of the music OR an internet chord chart.

We’ve got some chord symbols across the top of each measure and nothing else. No cheat sheet on how to play the chords. No breakdown of the “strum pattern” either. How can this be? What do you do?

How Can This Be?

With many American pop/rock/folk/country songs like this one, the chords are implied. That means that there isn’t necessary one instrument strumming the chord, but instead several instruments (including the voice) are joining forces to create the chord. So in most instances, there isn’t a guitar player in the back strumming a Bb chord to Down, Down, Down, Up, Down…

Take a look at the first measure of the ‘Refrain’ of our song. The implied guitar chord is a Bb (the notes in a Bb chord are Bb D F), but there isn’t really an instrument strumming a Bb chord. Instead a piano and vocal line together are making up the Bb chord throughout the course of the entire measure. So the parts are totalling up to equal the chord over time. The Bb chord will sound great here and it will really help you sing along, if you so choose.

This is why we learn how to build chords! So you don’t panic when you encounter new chords. I also do not see much value in searching the web for “How to play a Bb chord on guitar.” You wind up memorizing a bunch of brand new chords, and they often don’t make sense together! As I often say, it is much easier to memorize processes that in is to memorize a ton of notes.

Now that you know what is going on and why, let’s figure out how to play these chords. Step one is to refer to the triad guide that you received from me. Here’s a copy for you. This is a lot of info at once, it is intended to be worked on over several weeks to several months… work on learning one row at a time!

This is really just a reminder: “b” means FLAT. Beginning guitar students sometimes mix up “flats” and “minors” A flat lowers a single note by 1 fret. A minor is a sad/serious sounding chord. Therefore, Bb means play a MAJOR CHORD that is one half step below the note B.

Decide if the chord is major or minor. The chord has a little “m” after it, it is minor

Discard all numbers (for now). Unless you already know how to play an F7, Fm6, or F9, toss those numbers right out. F7 turns into an F major. Fm6 becomes F minor. F9 becomes F major.

Take one line at a time and find the roots of those chords.

Choose the appropriate chord shape(s).  So that means take the roots in step 4 and line it up with the RED dots from the chart. In the example in step 4, I found Bb on the 6th fret of the high (skinny) E string. So I’m going to find the major chord that has the red dot on the skinny E string and build that shape there:

The process can take a little while in the beginning. It’s a skill, just like anything else. Put in a little work each day and you’ll find that your guitar chord vocabulary will double, triple, or even quadruple in a relatively short time.