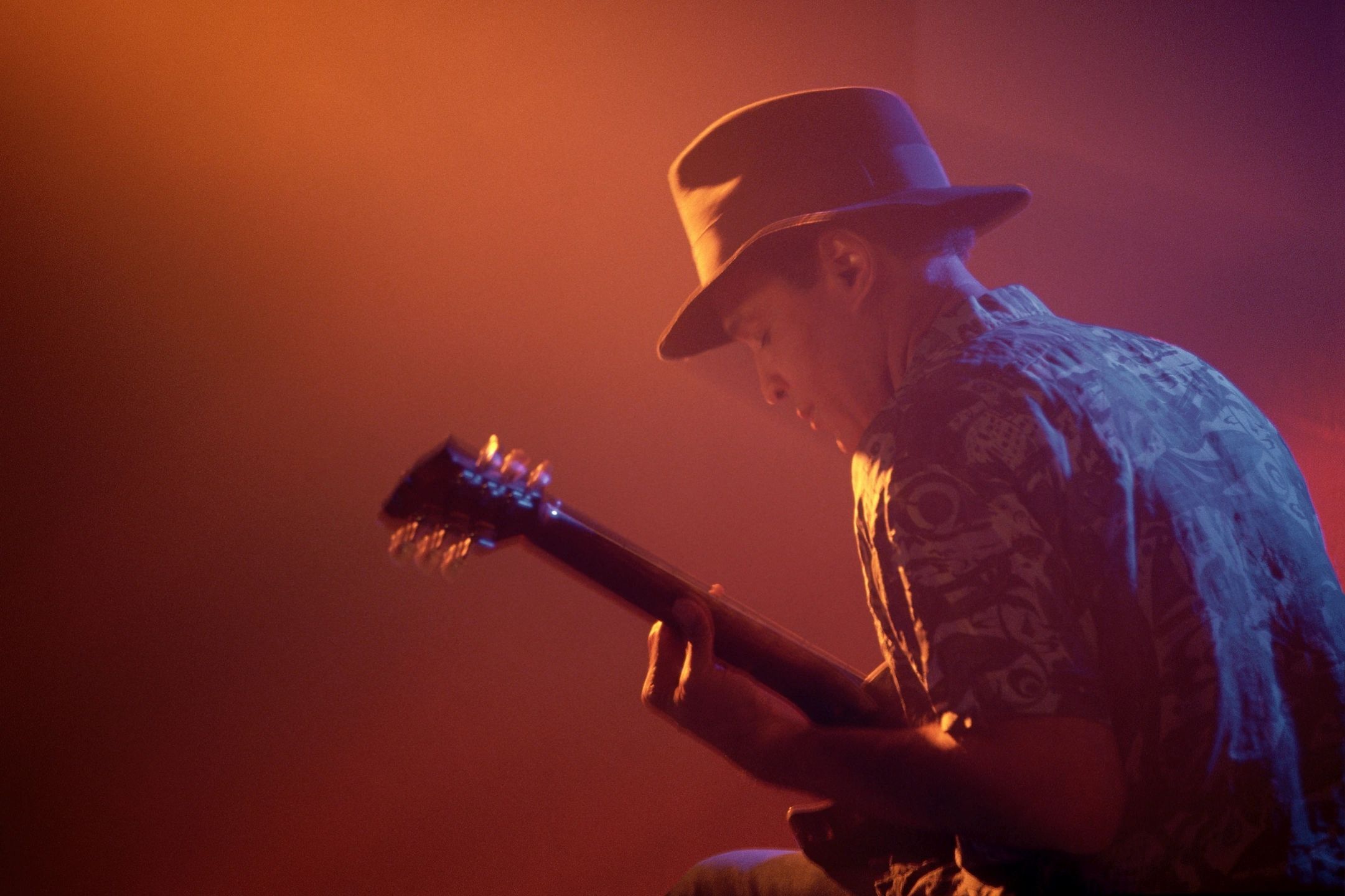 This month I wanted to take some time to explore the fundamentals of Blues. I’d venture a guess that as a guitar player you’re either already playing some blues or have been told that you should. This article is not intended to be highly technical, but rather serve as an introduction to learning blues guitar.

Whether you love the blues or are indifferent toward them, let’s first discuss why you should learn the style.

1. The songs generally follow a pre-established pattern
2. To play a solo, you don’t even need to know a complete scale
3. It’s a great training ground for musical expression and phrasing
4. It’s fun and most other musicians can improv in the genre
5. If you’re learning an American song written the last 100 years, your song probably borrows concepts from the blues
6. If you make a few adjustments to the “rules” you get other genres like Hard Rock and Jazz

Blues Form
Traditional blues songs are typically based on 12 measures of music called a chorus – This may be confusing to those that come from the rock/pop genres, where the “chorus” is the catchy part of a song that is repeated. In basic blues form, there aren’t really different sections of the song. One cycle through the 12 measures is a chorus: so in the first chorus, the band may introduce the melody of the tune; in the second chorus a vocalist may sing about his dissatisfaction with the current state of his affairs; then the 3rd chorus may be a guitar solo. Welcome to 12-Bar Blues!
These 12 measures are further broken down into three 4-measure phrases. That’s sounds pretty good right? Instead of memorizing 12 things, you can memorize 4 things three times. Now, what if I told you that the blues traditionally only uses 3 chords? You’d probably say, “Wow that’s pretty simple.” But wait, it gets easier… Blues form also tells you what chords to play and when to play them!
Before I fully lay out the blues progression, I will need you to think just a little. You will need to be able to count to 7 AND know a little bit about major scales. So here’s the process. Pick a major scale that you already know. I randomly selected D Major. Now I’ll write my scale out:
D E F# G A B C#
Then I assign a number to each letter:
D E F# G A B C#
1   2 3    4  5 6 7
Great! At this point, I will take a small detour to point out that in music we refer to chords with Roman numerals and notes/letters with Arabic numbers. Therefore, a IV refers to a G major chord, where a 7 would refer to single note C#.
For basic 12-Bar Blues, the only chords we are going to use are the I, IV and V (D G and A). You are now ready to learn the 12 Bar Blues Progression:

That’s it! So Blues in the key of D is 4 measures on a D chord, 2 measures on a G chord, back to D for 2 measures, A for one measure, G for one measure, the D for 2 measures. The very last measure will often have a turnaround, which is a musical term for “fluff that we stick at the end of a pattern to make it sound fancy.” Put another way, measures 11 and 12 are the same chord as the beginning, and you repeat back to the beginning there are 6 D chords in a row. A turnaround breaks up all of those D chords.
The last thing I want to do with the chords is make them a little more blues-y. We will do that by turning all of the chords (I,IV,V) into dominant seventh chords. A dominant seventh chord simply adds an extra note to your major chord. The note you will add in to the chord is 2 frets back from your chord’s root. That last sentence looks more complicated than it is…. The D7 is simply a D chord PLUS the note that is 2 frets before D, which is… C. The G7 adds in an F, and the A7 adds in a Bb. Now our blues form looks like this:

Now that you understand what to do, let me teach you how to do it in a way that makes sense on guitar. We are going to learn 2 forms of the dominant seventh chord that are movable. Here is the 6th string form followed by the 5th string form. The triangle tells you that the note under that finger will name the chord. 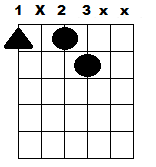 Lastly, I will show you how to map out your guitar to play I-IV-V progressions with the least possible amount of mental calculations.

How to move chords on the guitar option 1

Here’s another way to get the I-IV-V on your guitar:

How to move chords on guitar option 2

In this example, you’d start on any fret of the 5th string and build you ONE chord. The FIVE chord will be found on the same fret as the one chord, except on the low 6th string. The FOUR chord is 2 frets down from the five chord.
Either of these options of I-IV-V movement on guitar will work. I would not recommend combining both movements into the same song just yet. Choose one or the other for now. Notice that Movement 1 will use this shape only once:

… while movement 2 uses it twice. You can make you selection based on whichever chord shape you like better.

Lastly, please don’t be another self-taught guitar player. There’s enough of those in the world already. Give me a call and I will train you how to be the best possible guitarist in a very short period of time!