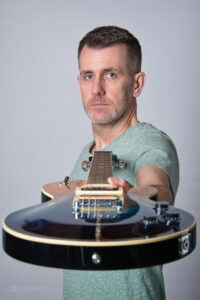 I was recently discussing the Grateful Dead song “Althea” with one of my guitar students. This isn’t my go-to genre, but I like it and appreciate the artistry. I had mentioned to him that a big part of what made Jerry Garcia such a great guitarist (actually in this case it was Trey Anastasio covering Jerry) was that his phrasing was so clear. This student asked me later via email what I meant by “phrasing” and this was my response.

Phrases are musical sentences. They are brief statements that can be tied together. So think of the musical equivalent of the following statements, and ask yourself which one(s) suits your taste best:

There isn’t really a wrong choice. That’s where your guitar style comes in. Some players try to cram a ton of notes into a short period of time. Number 6 is how most intermediate guitarists do that: they wind up playing a lot of notes but never really say much. Number 7 is where most advanced guitarists are or want to be. Number 4 or 5 is where advanced guitarists go after they realize that number 7 bores the average listener.

Lastly, what makes great guitar phrasing is context. None of the above “phrases” about the dog make any sense if it’s dropped into the middle of conversation about how to parallel park in New York City.

Being clear in your phrasing means making simple melodic and/or  rhythmic ideas and building on them in a way that is clear to the listener and compliments the accompaniment.

Are you ready to make your guitar phrasing sound great? Live in the Lancaster area? Then contact me for more info on guitar lessons!